The Stihl FS94R trimmers are popular among professional landscapers and homeowners. It is because they offer a variety of features that can help with gardening and yard work. Because these trimmers are machines, they have a few potential issues that users should know before they arise.

This article examines the most common Stihl FS94R problems. It also looks into the causes of these problems that keep your trim from running well!

Table Of Contents hide
1 Stihl FS94R Problems And Reasons
1.1 Carburetor Clogged
1.2 Clogged Exhaust
1.3 Difficult to Start
1.4 Wobbling Head
1.5 Leaking Oil
1.6 Bearing Failure
2 This Video Will Help You Too!
3 Frequently Asked Questions (FAQs)
3.1 Why does my Stihl strimmer keep cutting out?
3.2 Is a Sthil FS94R 4 stroke?
3.3 How many cc is a Stihl fS94R?
3.4 What size string does a Stihl FS94R use?
4 Conclusion

Stihl FS94R problems arise from several issues. These issues include incorrect installation, operator error, and defective parts. In some cases, the FS94R may be incompatible with your specific grass-cutting requirements.

The following section covers some of the more common issues with the FS94R. The issues included are the exhaust clogging and difficulty when starting the trimmer. The wobbling head, leaking oil, and bearing failure will also be discussed.

The most prevalent issue that Stihl FS94R trimmers have is a clogged carburetor. The fuel sitting in the trimmer for a while is primarily to blame. The components of the gasoline will eventually evaporate. It will leave behind a considerably heavier material.

This material prevents your trimmer from starting by clogging the carburetor. If this problem arises, clean your carburetor.

Clogged exhaust systems on the Stihl FS94R can be caused by various factors, the most common of which is oil buildup in the muffler. The oil accumulates to the point where it obstructs the airflow from the exhaust pipe.

Debris or grass that has become stuck between the pipes in the machine system can also cause a clogged exhaust pipe. These particles can obstruct the flow of air through the system.

When the engine performance of your trimmer decreases, and it becomes difficult to start the engine, you will know that the exhaust is bad. A trimmer with a clogged exhaust also produces a lot of noise.

You can solve these issues by cleaning and removing debris from the exhaust regularly. As mentioned by a user from “Lawn Site”, he faced the same problem. But got his trimmer back to working again after cleaning the clogged exhaust.

Most Stihl FS94R trimmer users complain that the starting mechanisms are difficult to use. This difficulty makes the trimmers difficult to start. The Stihl FS94R is hard to start, especially when the recoil spring weakens.

Trimmers are difficult to start most times when the recoil spring becomes weak and unable to perform its function. Its functions are assisting the trimmer in starting. If you use the machine frequently over time, the spring will become less elastic and will no longer provide a smooth start to the machine.

Furthermore, the engine will not start with a clogged fuel line. When you previously used the chainsaw for heavy work, the fuel filter may become clogged, making the engine hesitant to start.

The engine is hesitant to start because a clogged fuel filter will deprive the engine of additional fuel. This fuel is required to run the machine for the next trimming routine.

When your machine becomes unresponsive to your attempts to start it, you will know it is difficult to start.

You can resolve this issue by keeping the trimmer properly and replacing the faulty recoil spring.

The users also observe that newly purchased Stihl FS94R trimmers frequently have shaky heads. The cause of this is not known for now. The users widely believe, however, that this is due to poor manufacturing. Poor manufacturing is assumed to be the cause because these trimmers have not been serviced or maintained after they buy them.

The manufacturers did not properly align the shaft during machine assembly. This misalignment has weakened the shaft and made it susceptible to twisting and turning when used normally.

It can be dangerous for any user, especially when using the machine for work, as it can result in serious injuries.

You can resolve the wobbling head of the trimmer by taking it to a professional for repair or simply replacing it if it is under warranty.

Oil leakage is another common problem encountered by the Stihl FS94R trimmer users, and it can be extremely frustrating.

A faulty oil seal is the most common cause of trimmer oil leakage. If the seal does not properly seal the engine oil channel, small amounts of oil will leak out. If the machine’s oil leaks, your engine could be damaged or fail prematurely due to a lack of lubrication.

When you fill-up the oil tank and check the oil on the dipstick at regular intervals, you can tell if your machine has a faulty oil seal. The oil seal may be faulty if it is less than the recommended fill line. It will also reflect the machine’s performance.

If you notice an oil leak, replace the faulty oil seals as soon as possible. It will cause the oil to leak less and keep the level constant while your engine runs.

Bearing failure is a common problem with the Stihl FS94R. The issue can arise for various reasons, the most common of which is lubrication.

When the machine is not properly lubricated, the bearings quickly wear out and, in the long run, break down.

Low oil levels are another cause of bearing failure. When the engine’s oil runs low, the motor becomes too hot, and the bearings overheat and fail.

For these reasons, using the proper oil and regularly checking the oil level is critical. Check the oil level regularly to ensure enough oil in the engine to keep it running smoothly.

Finally, misfiring the motor can wear out and fail your bearings. If the motor fails to spin properly, the Stihl chainsaw will start running sluggishly. In the long run, it will destroy the engine’s moving parts, including the bearings.

Regularly, you should perform routine maintenance on your machine to prevent this.

Why does my Stihl strimmer keep cutting out?

The carburetor is most likely clogged if your Stihl strimmer keeps cutting out. The carburetor keeps fuel in the string trimmer for an extended period. Some of the ingredients in the fuel may dry up, leaving behind a very thick substance that can clog the carburetor.

No, the Stihl FS94R is a two-stroke, single-cylinder engine.

The Stihl FS94R professional trimmer has a displacement value of 24.1 ccs.

What size string does a Stihl FS94R use?

The Stihl FS94R grass trimmer has proven to be a dependable and powerful gardening tool that is also not too expensive on the market. You can also consider it one of the best gardening tools, even though it has many issues. The Stihl FS94R problems have caused concern among its users, calling that title into question.

If the manufacturers look into the issues and resolve them, it will cement its position as the best tool for backyard gardening. It will do this while also providing a wholesome experience for its users.

Still, if these issues are not a problem for you and you can deal with them easily, you should go for the machine and enjoy your garden experience. 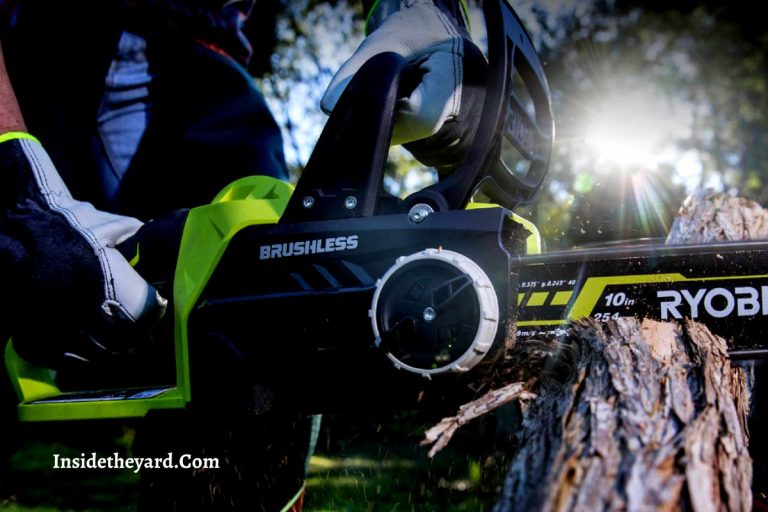 What oil for Ryobi Chainsaw can you use? Generally, one can use bar and chain oil for his Ryobi chainsaw. There are different brands of chain oil available in the market. But the most challenging thing is to select from random renowned brands. However, in this article,  we will show you a recommended chain oil… 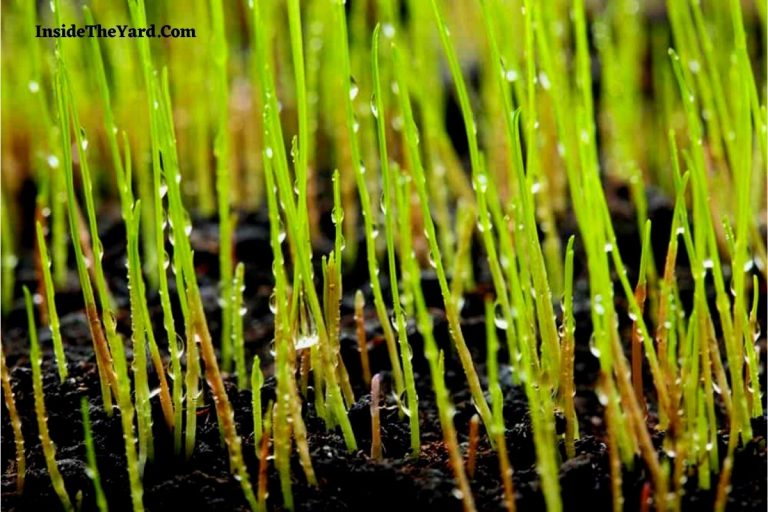 Gardening is fun but also tricky. It takes a lot of work, and you need to figure out your plants. You can’t just throw seeds in the lawn and expect a garden. In this article, we will discuss how long can grass seed go without water. Watering schedules depend on the conditions of the region…. 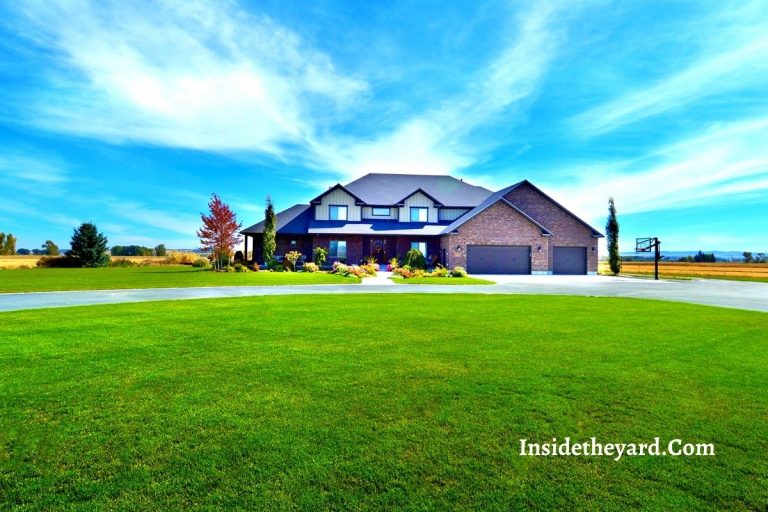 What is the cheapest way to fertilize large lawn? Making a DIY homemade fertilizer using Ammonia is the best and cheapest idea ever. However, Alcohol or baby shampoo can be used in making the best homemade lawn fertilizer, here that we will disclose. You won’t have to worry about it as this article will cover… 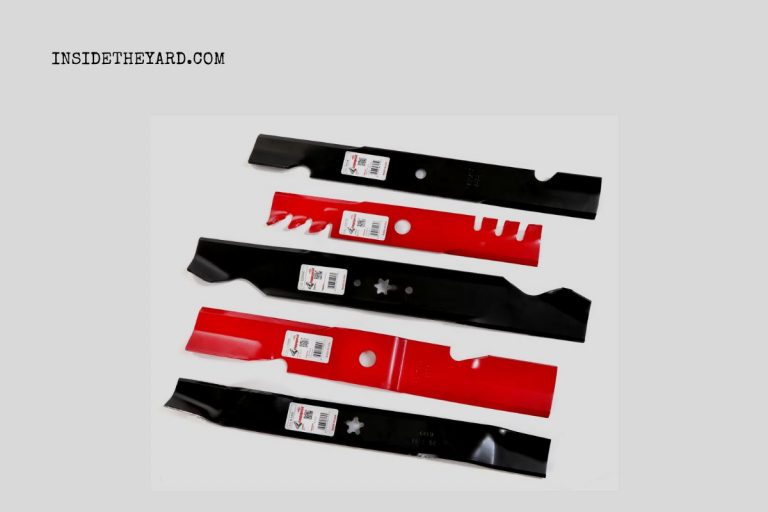 What are the common problems with Echo Trimmer? It could be that the trimmer wouldn’t start spinning. It would remain stuck or loaded. However, the fixing/troubleshooting steps are quite easy, so you can try fixing these problems at home! In this article, we are going to address the top 5 Echo trimmer head problems. Additionally,… 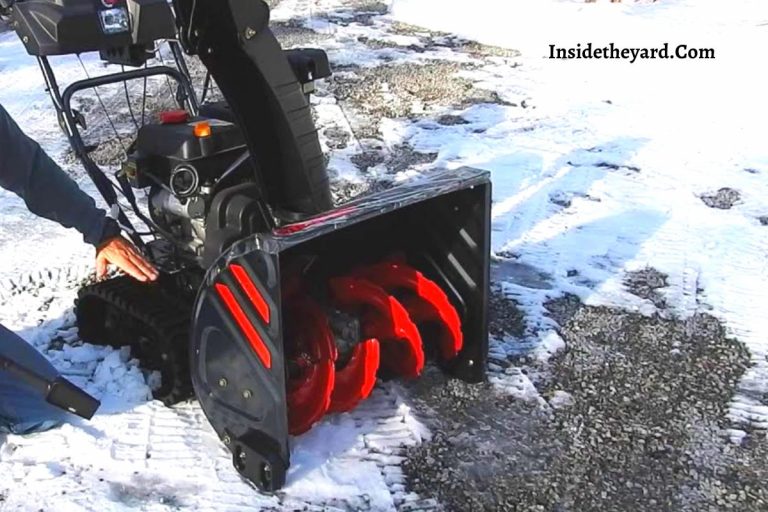