It’s the middle of winter, and you’re out hiking through the woods when you notice that most of the pine cones have closed up. Why do pine cones close when wet?

After all, if they don’t open back up once they dry out, they won’t be able to reproduce!

The process of opening and closing is complex, but understanding how it works is easy.

Why Do Pine Cones Close When Wet?

Pinecone closure is a means of protecting seeds. The scales of pine cones protect tiny seeds by keeping them dry and safe in a closed, locked-up case until conditions outside are favorable.

When it rains, water seeps through cracks between scales, causing cells to swell up and forcing them shut. As long as moisture remains on the outside of the cone, its cells won’t shrink back down to their original size.

This closure effectively seals off seeds from rain, snow, or other precipitation so they can remain safe for extended periods of time if need be.

Pine cones open when temperatures warm, air dries out, and sunlight reaches their inner chambers. As the temperature rises and sunlight intensifies, dried plant cells inside begin to expand and push against the tightly closed scales, opening them one at a time.

If conditions stay warm enough and there’s plenty of sunlight available to help speed up drying out after opening occurs, pine cone seeds can germinate in just three weeks.

The Science Behind It

The changes in the size of cells due to swelling and shrinking are caused by osmosis. Osmosis is the natural movement of water between plant cells that occurs because some cells contain high concentrations of solutes while others have low concentrations.

As water moves into areas where there are more solutes, it causes cell volume to increase and vice versa; thus, as conditions become too wet and all that water infiltrates the cells of a pine cone, osmosis causes them to swell, closing off their scales.

Once conditions become dry again, you may notice that those same scales re-open. This process repeats throughout a pine cone’s life cycle, causing its scales to open and close accordingly.

How Long Does a Pine Cone Remain Close?

When a pine cone closes, it remains in that state until conditions become more favorable. This varies by species of pine, but in general, they stay closed until after a rainy season ends and before growth begins again.

Their closing is nature’s way of protecting seeds from being washed away during heavy rain or snowmelt periods. When conditions are right, cells expand and re-open to allow seeds to disperse as they wish.

What Conditions Cause It To Close?

Water is what causes a pine cone to close. The opening and closing of a pine cone’s scales are caused by the swelling and shrinking of its plant cells.

As rain falls onto it, water travels into its structure, causing it to swell. That swelling triggers each scale on a pine cone to fold inwards so that it appears closed.

If you dry out a Pine Cone you will notice that all of the scales turn back outwards as if nothing ever happened to them in the first place!

What Happens When You Put A Pine Cone In Cold Water?

This makes your scales swell up and push together to make them tightly closed.

Can It Be Forced to Close?

The answer is yes, but that depends on how you mean to force it. If you put them in water, then you can close it.

How Can You Tell If A Pine Cone Is Male Or Female?

A male cone is smaller than a female cone. In most pines, a male cone also has fewer scales and more loose, flaky bark at its base.

Why Does A Pine Cone Open Up When It Gets Dry?

This is because once a cell has lost enough water from its cytoplasm, there isn’t enough pressure for it to stay folded inwards. It then opens up again and becomes flat.

How Do You Keep Pine Cones From Closing?

To keep pine cones from closing, place them in a warm environment. Pine cone scales are triggered to open and close by heat and moisture; they will not close while they are in warm weather and dry.

Do Pine Cones Close When It’s Going To Rain?

Pine cones close as a defense mechanism to keep seeds safe and moist until conditions are favorable for them to germinate. In unfavorable conditions (For example, when it is going to rain), they close and remain closed until conditions improve.

Cones are designed to open and shut so that they can spread their seeds as widely as possible. This adaptive trait makes them resilient.

If you notice a cone on your property or one that has fallen from a tree in your neighborhood, you’ll want to keep an eye on it to know practically why do pine cones close when wet. 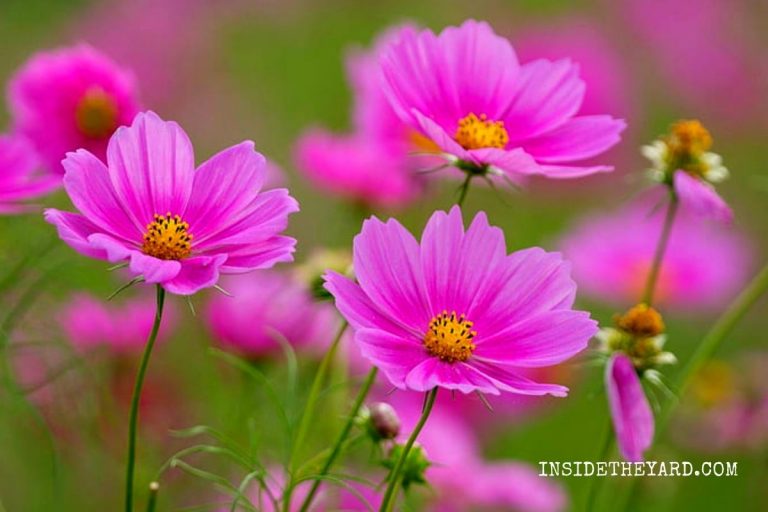 Worried about why is my Cosmos not flowering? Maybe the reasons is overwatering or overuse of fertilizers. But there are some easy peasy solutions to make your cosmos plant bloom again. So, stop worrying because you will get all your answers in this article. We are gonna share some tips to treat and care for… 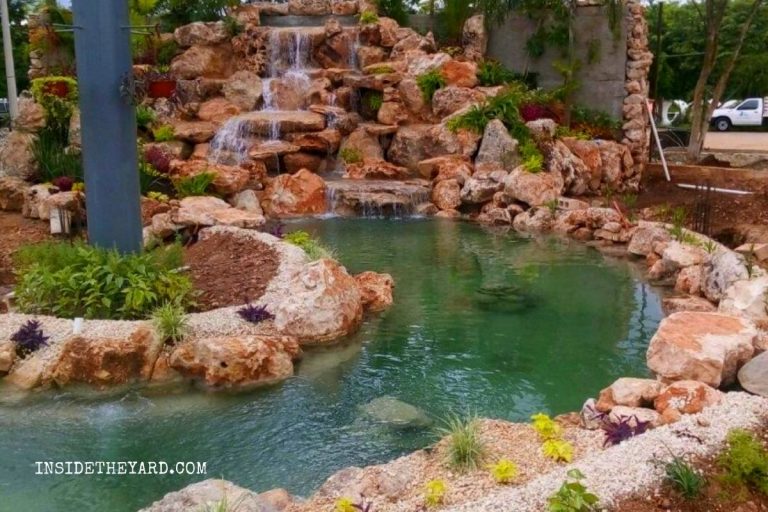 How to drain and fill in a pond? You can use any pond pump to empty the pond and after that, fill in the pond using a natural water source or with the help of a hose. It’s not as hard as it seems. This is really for people who want to do the job… 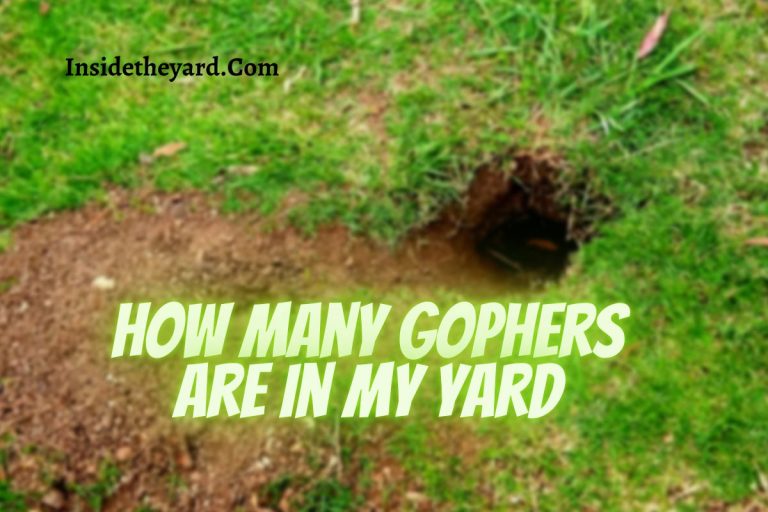 How do I know how many gophers are in my yard? You may have noticed more gophers in your yard recently and wondered how many there are. There are a few different ways you might take in order to ascertain the gopher population in your yard. You can set up a network of live traps… 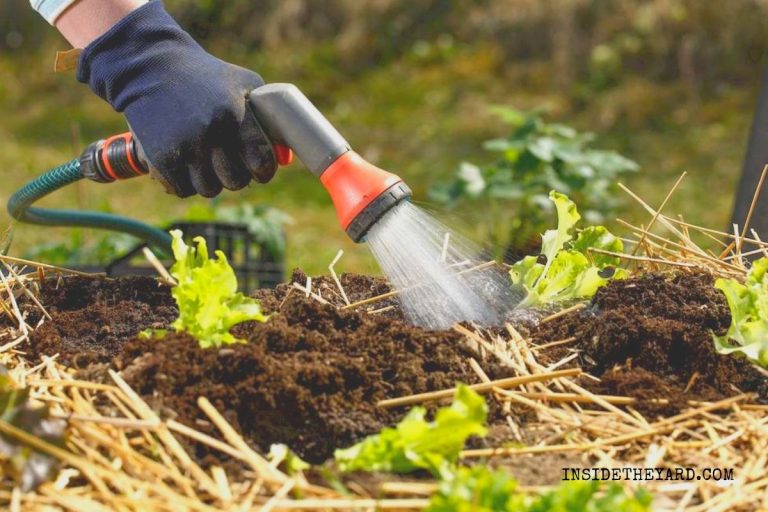 How do you soften hard water for plants? Though boiling is the most traditional way, adding some peat moss can be effective in this case. But do you know how and what portion to add? Well, there is no black and white answer to this. Because excessive use of both can be harmful to plants,… 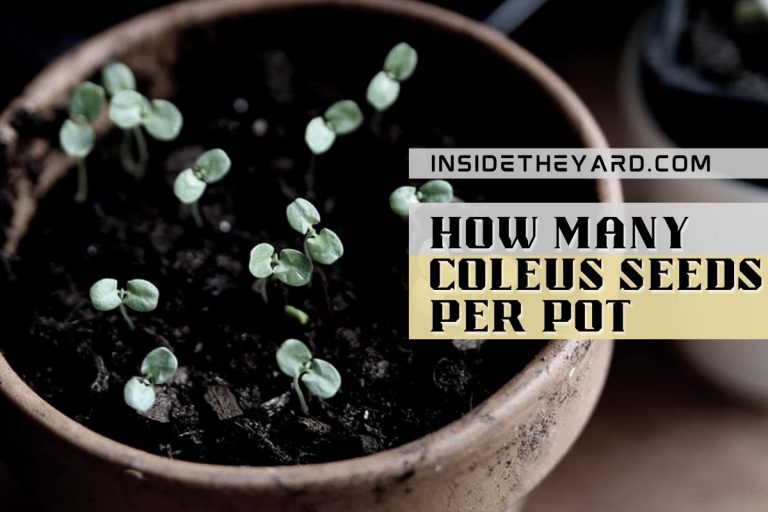 Do you want to bring a brighter appearance to your garden? You can easily plant Coleus plants in your garden. With proper care and nursing, this plant will bring a natural and captivating look to the entire grassland or veranda. In addition to having incredible coloring options, they come in different leaf sizes and shapes…. 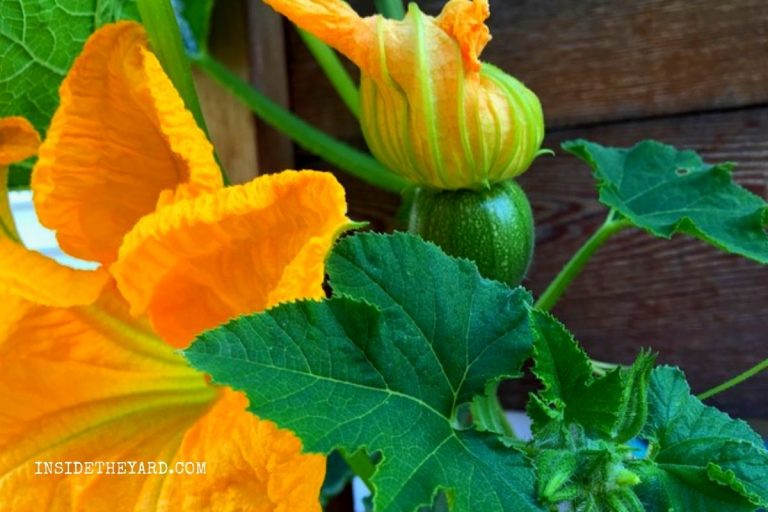 Why are my female pumpkin flowers dying? Oh, your pumpkin plant may be going through a lack of nutrition, or non-pollination is impacting much. There can be some other reasons as well. However, there will be no obstacle to getting the desired results if you can solve it. We’ve come up here with 6 common…